The King and Penelope 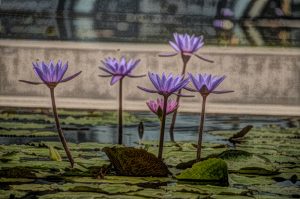 The King and Penelope – a fairytale

Penelope was the leader of women in the Garden of Life. Her job was to coordinate all of the activities so that the Garden flourished and produced life and health giving blooms and fruits for the local community. Penelope loved her job as it was diverse and creative and utilised her considerable talents.

Penelope worked closely with the King who ruled the Garden and gently guided him to make wise decisions. The King had many clever and inventive ideas and had grown the Garden to be productive and well loved in the Land.

One day the King became tired. His body ached from the responsibility of constantly caring for his subjects and always pushing them to produce the best flowers and most beautiful fruits. He decided that it was time to find a successor to take care of his Garden and to continue to provide for his loyal subjects in the Land.

The King searched far and wide for a potential successor. Penelope walked beside him as he interviewed prospective applicants. One obvious candidate stood out from all the others. He was an older man, wise and full of grace. He was the Emperor of Seed Supply for the Garden. He was well loved and admired by the King’s gardeners. The King consulted Penelope and they decided that the Emperor of Seed was the only suitable beneficiary of the Garden of Life.

The day of change-over dawned and the Emperor and Duchess of Dollars met with the King and Penelope. They spoke about the next 180 days when a gentle realignment would take place. The Emperor was emphatic that the handover would be seamless and transparent and without pain.

A few days later, the Emperor called a meeting with the King and Penelope. He said, “I have been thinking that my Empire has grown too large and I need to place this Garden in one of my smaller fiefdoms. I have decided that I would like you and Penelope to report to one of my Dukes in the Estate. This Duke has much experience in dealing with similar Gardens and he works with a team of Dukes and Duchesses who care for many such Gardens.”

There was one Duke who was a coordinator of gardens, a Duke who dealt with the poles and struts, a Duchess who organised the fertiliser, another Duchess who sold the fruits and another that collected the payments from the customers.

At first the King and Penelope were excited to be part of this new Fiefdom. It was a chance to share their innovative ideas about their farming techniques, their marketing and sales, and their propagation, reproduction and harvesting techniques. They were keen to explain how they have designed their Garden to take advantage of the seasons and how they have developed unique foods for special groups in their community.

In the first few discussions, there was strong interest in the work of the King and Penelope but then the Duke and Duchesses felt that these new ideas were too expensive to implement, too resource intensive and would not result in sufficient financial rewards for the Empire. Quietly, the Dukes and Duchesses began meeting without Penelope and the King. The Dukes and Duchesses felt that the King and Penelope needed to be discouraged from disseminating their ideas, as they feared they would be destabilizing to the Empire

After 30 days, the King and Penelope became disillusioned as it seemed the Grand Plan that they had agreed to would now be squandered. It was likely that their Kingdom would be cut up and divided amongst the Dukes and Duchesses as they fought over the spoils and riches of their Kingdom.

The King and Penelope became distressed. They blamed each other as they realised the terrible error of their joint decision. They sought the counsel of several wise Gurus. One Wise Guru who had seen many such Land Exchanges reminded them that they had made this decision to find a successor because they were tired of being responsible for the Garden. They had signed the Deed of Land Exchange and given up all rights to the land, the workers and how production would be carried out in their Garden of Life.

It was with much sadness that the King and Penelope came to realise that while they had created a successful and adored Garden, once they signed the Deed, they could no longer contribute to the future or production ability of their Garden.

The King and Penelope loved their Garden even though it had caused them some sleepless nights, they had a loyal team of gardeners who were willing to work in the new Empire and collaborate with the Dukes and Duchesses. The King and Penelope realized that they were grieving the loss of their family, their dream and their success. But in the end, the Garden would survive and thrive and for Penelope and the King, freedom would be their reward.